Straight From the Farmer--Technology is Key to Bright Agriculture Future 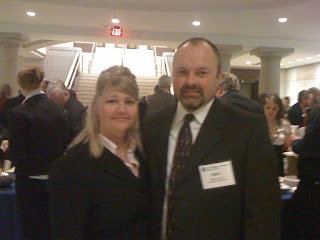 Less than two percent of America’s population is actively engaged in farming. Yet, the agriculture industry is the most productive in history. In fact, each U.S. farmer produces enough food to nourish more than 150 people.

Today’s farmers are engaged in agriculture because they want to be. And if you ask Brent Johnson, a 36-year-old farmer from Manson, Iowa, there’s no more exciting place to be today than on the farm.

A fourth generation farm family, Brent and LuAnn Johnson operate Labre Acres, which includes 900 acres of corn, soybeans and alfalfa, and a small cow-calf beef operation. They also operate Labre Crop Consulting, which works with farmers across Iowa to incorporate precision farming technology into their operations for more detailed record-keeping and production efficiencies.


“When my grandfather switched from horses to tractors in 1956, I would imagine he thought agriculture production could never get any better than that,” Brent says. “And today, I feel the same way. With satellite technology, auto-steering, biotechnology, and variable rate application capabilities, I can't even imagine what’s coming that will make things even better than they are today. “

In preparation for coming back to the farm, Brent earned a bachelor’s degree in agronomy from Iowa State University. After graduation, he spent nearly 10 years working in corn research and production in the seed and crop protection industries before moving back to the farm.

As an agronomist, Brent has a keen understanding of the importance of caring for the land, as well as the proper care and feeding of plants once they have been planted in the soil.

In fact, Brent believes that farmers were at the forefront of the green movement before “going green” was even considered cool.

“We live on the land. It is part of our lifestyle. Farmers have done more to protect and conserve the land by developing terraces and waterways than any other segment of the U.S. population. And people just don’t understand that,” Brent says. “We work hard to employ the best technology and management practices we can to ensure that we can be successful with proper placement and reduced applications of fertilizer and pesticides.”

Brent also says he is concerned that so few people have a realistic understanding of agriculture and farmers. “This is not a fairytale existence – agriculture is a business. I’m worried that we have people trying to decide the future of agriculture who do not understand or respect how far this industry has come since the 1950s. We cannot be as efficient without modern technology. Without it, the industry moves backwards. And that way of thinking won’t feed the world.”

Brent believes the way to increase the understanding between farmer and consumer is through education and communication. That’s why he and LuAnn are in Washington, DC, during National Agriculture Week visiting with members of Congress about agriculture’s promise and the hope modern technology can bring to the global food system.

Brent and LuAnn are participating in National Ag Day Festivities today on Capital Hill and at the USDA, as representatives of John Deere’s Outstanding Young Farmers of America group.

“We’re here on behalf of many young farm families around the country,” Brent says. “We are honored to represent these farmers and will do our best to make sure their voices are heard in the discussions about the promise modern agriculture holds in feeding the world.”
Posted by National Ag Day at 1:05 PM