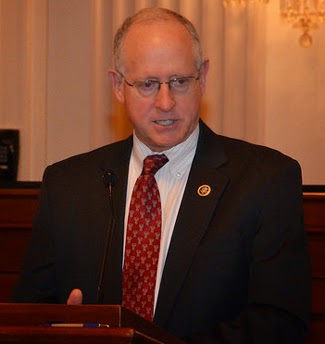 Speaking at the National Ag Day Mix and Mingle Luncheon was Congressman Mike Conaway from Texas. Congressman Conaway is Chairman of the House Ag Committee. He is currently serving his sixth term in the U.S. House of Representatives and represents 29 counties in Texas' 11th congressional district, including the cities of Midland, Odessa and San Angelo. In addition to his responsibilities on the House Ag Committee, he serves on the House Armed Services Committee and the Permanent Select Committee on Intelligence. He is a deputy Republican whip, a position he has held since the 112th Congress.

Orion Samuelson, WGN Radio and This Week in Agribusiness, emceed the luncheon in the Cannon Caucus Room at which the Outstanding Young Farmer award winners were recognized. 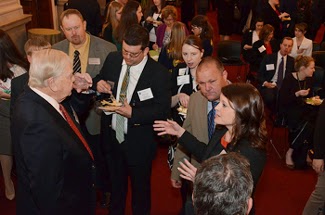